In the course of my years in Nashville I had the exceptional opportunity to meet and work with some of the most prolific and talented songwriters in the music business. I can’t begin to count the times I found myself in complete awe of the songs they wrote, the collections of gold and platinum records on their walls, or sitting alongside them in songwriter circles at the Bluebird Cafe. There were many times I found myself in the guest chair of their offices looking at a shelf or a mantle full of Grammy Awards, Hall of Fame inductions and Songwriter Of The Year awards. It really was an extraordinary part of my life. What was “exceptional” about getting to know some of those writers was that, even though I lacked the platinum and gold credentials, they still manged to become some of my closest friends. I attribute that to the fact that at the heart and soul of the matter, we’re all just regular people. My observation was that most writers are woven from the same thread and cloth; the one thing we usually had in common was that we all came from our own small part of the world and found ourselves communally thrown together by some unexplainable desire to write. Story-tellers, troubadours and “make-up” artists all put their pants and panties on in the same way. Being an accompmlished songwriter might offer a lot of perks at the CMA and Grammy events, but it didn’t exempt one from anything at the community level. At the end of the day, we’re all still family by association.

The most notable difference I observed between writers is how they write. Some write only when inspired by some life event or emotional upheaval in their personal lives and spend hours and hours going around the “I, Me, My” tree, a practice that for me, bores me to tears. They want to write songs that let everyone know just how they feel about things, and that’s all well and good. It’s creates personal relief. But what a lot of songwriters fail to perceive is that the person listening is far more interested in how the song makes them feel than in having a shared emotional experience with someone they don’t know. It’s not about the songwriter … it’s about the song. My mother, for one, was always quick to point that out to me when I was young… I hold myself to it to this day.

Other writers aim every word at the commercial statistics and charts hoping to elbow their way in…trying to write in song styles that are “hot” at the moment, dropping catch phrases and “hooks” at every turn of the verse. And, there are certainly more than too many “flash in the pan” stories of writers who somehow wrote the right song in the right place at the right time, often with the right co-writer and ended up with a lifetime of residual income. Call it a lucky break. One thing to note… a lot of the songs playing on the radio today were written years ago. Good songs have a long shelf-life.

Interestingly enough, the most successful and accomplished writers I know are just good workers. They’ve acquired skills over time that make them more pragmatic in their approach. Writing is a process, with tools and methods that work for them. It’s what they do… it’s their job. They have a toolbox. Like any other job, they simply get up, grab their toolbox and go to work every day. Somehow along the way they learned to accept that even something unchartable and un-relatable put to the page today is better than nothing at all. Tomorrow is another day, and you just never know when that little “gem” is going to end up on the tape or paper in front of you. The only thing you know for certain is that if you write nothing, nothing will happen. So, they just accept those odds and make the simple choice to write something every day.

Rory Bourke: Just “Get To It”

My friend Rory Bourke is a champion songwriter with (“God only knows” how many) charted hit songs to his credit. His success goes all the way back to a song he co-wrote and was recorded in 1973 by Charlie Rich – “The Most Beautiful Girl” (“Hey, if you happen to see the most beautiful girl in the world…”). His track record shows year-by-year success basically unrivaled in Nashville’s songwriter community, with songs recorded by more major Country and Pop artists than I can attest to here. (see Rory’s website: http://rorybourke.com)

Rory has one recurring habit – he gets up in the morning, has a good breakfast and heads to his office on Music Row. If you’re reading this on a week-day, he’s there now. He sets up co-writing appointments all through the week, shows up on time, and writes. He starts with an idea, defines it, and starts writing. If something happens to grab him in the middle of a session, he builds on it and a song comes out. If nothing happens, nothing happens and hopefully tomorrow produces better. But, what he knows either way is that sooner or later, as long as he keeps writing, he’ll uncover the gem.

Sounds easy enough. But the unseen backdrop on Rory’s career is an exceptional ability he has to use the “tools” he’s acquired over 40 years as a writer. He’s consistent. He saves good ideas. He takes notes. He’s up to date with what’s going on in the recording industry (who’s doing what and when they’re doing it), and he makes himself familiar with the accomplishments of his co-writers. Rory does his own research. He knows grammar and style. Metaphors, Simile and Hyperbole are all tools in his toolbox. And when he’s ready, he shows up on time, puts an idea on the table, opens the box and starts building. And, if nothing comes of it, well, at least it’s something.

One morning over breakfast Rory told me that when it came to writing songs, his one basic rule was “Get to it”. Say what you’re here to say and get to the point right out of the gate. If you’re writing for radio, keep it under three minutes. Rory’s a master mechanic when it comes to writing songs, but it’s almost entirely because he’s got good tools to draw from and daily habits that support the effort. That’s what it takes to be good at any job. 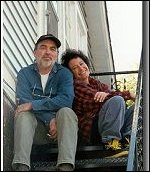 Rory Bourke continues to be a mentor and inspiration to songwriters at all levels; from the most successful to the beginner. I know a lot of other great writers who share the same work ethics and habits. If asked to name a few, some of my favorites are: Charlie Black, Phil Vassar, Janis Ian, Tom Kimmel, Kate Wallace, Don Henry, Michael Johnson, Stephanie Davis and Dana Cooper, just to name a few. And I know I’m partial. But all of these folks have
that one thing in common – they get up every day and go to work…writing. They write songs…great songs, and they do it because they’ve settled themselves into routines that work with tools they can count on. And I learned from them. I’m still learning.

One thing I learned early in my career; if you want to be successful, take a good look at someone who’s already accomplished what you want to do, and then teach yourself to do what they do, the way they do it. And when it comces to writing songs…I
recommend finding a good idea that people can relate to, fleshing it out with metaphors and style, and remember … that a great start is to just “Get to it”.

*** Note: Any association, implied or inferred, to the talented people aforementioned is by Grace alone.

I did nothing to deserve it.