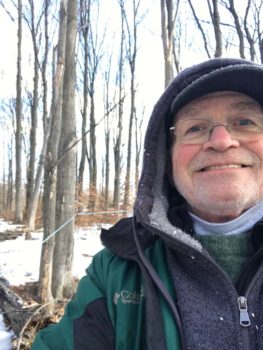 Late last fall my pal Paul and I built a sugar shack in the woods and got our old gear together. We built a new concrete block firebox, found our old heavy iron chimney, stainless steel tanks and pans that had been sitting in the woods for years. We made a plan for tapping trees in the spring and here we are, fifty taps and our first boil this weekend. Made a perfect batch, boiled down to about a gallon and a half.

We decided to use hoses and gravity systems this year and it’s really paying off. So far, on the good days with a little sun and in the 40’s, the sap starts mid-morning and rolls from tree to tree right down to the shack. It’s a beautiful thing.

It takes 40-50 gallons of sap to make one gallon of syrup. We’re having a blast.

The bubbles you see are actually carbon dioxide that’s produced by the trees as the sap drips. 3/16″ lines collect from each tree and meet up with a 1/2″ tubing where several lines come together.

There’s History Behind It

Twenty-seven years ago I caught on fire making maple syrup in the woods with my pal, Paul. It was ten in the morning and I’d had a dozen beers watching the fire while we boiled a batch of sap down and at some point I fell asleep next to the firebox. Lucky for me, Paul showed up soon afterward and woke me up – my Carhart overalls were on fire from my shoes to my chest. I stood up, said a few GodDamns, slapped the fire out calling myself a dumb ass and went on with the boil. Kept drinking right through the day.

At some point the next morning I was driving back to the woods and a bell went off… or to be more specific, now that I know for sure,  God took me by the shoulders and shook the daylight into  me. I realized right then and there that if I kept up with the drinking life I was probably going to kill myself (or someone else). I was drinking a case of beer a day and a bottle of booze a night and had been for awhile. I was depressed, bankrupt and alone… a complete failure in my own eyes.

It might sound corny, but I stopped my truck right in the middle of county road 616, went around to the passenger side, got down on my knees and begged God for help. That’s the true truth. I cried while I did it, and it’s never far from memory.

That was March 11th, 1991. I haven’t had a single drink since. Never had a craving. No withdrawal symptoms. It was like I woke up from a bad dream. Not to say that it was easy, but the hard parts came later for me. I had to learn how to live all over again.  I’ve been in Alcoholics Anonymous for 27 years.

And now we’re making syrup again in the same woods. When I was farming in my twenties and early thirties I tapped a couple dozen trees and made syrup every year, but it’s been ten or twelve years since the last time. I can’t describe how much I enjoy it. It’s one of those things that I grew up with and now here I am again – it’s pure joy. 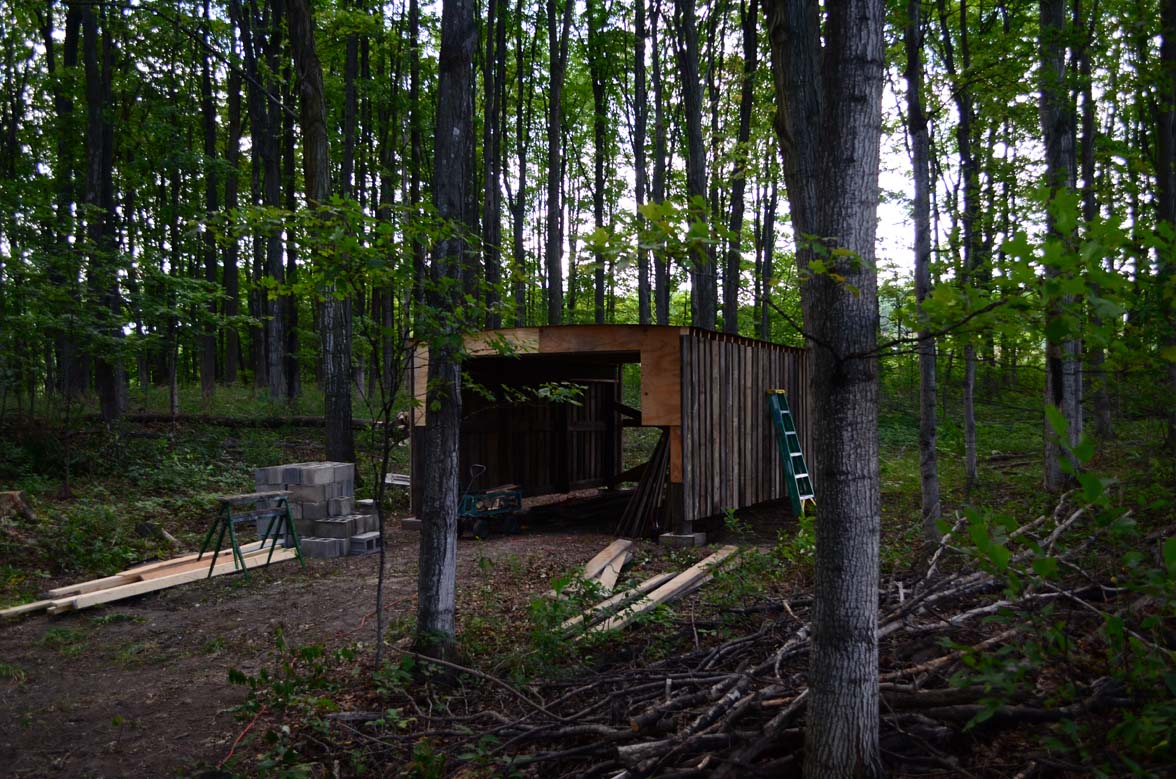 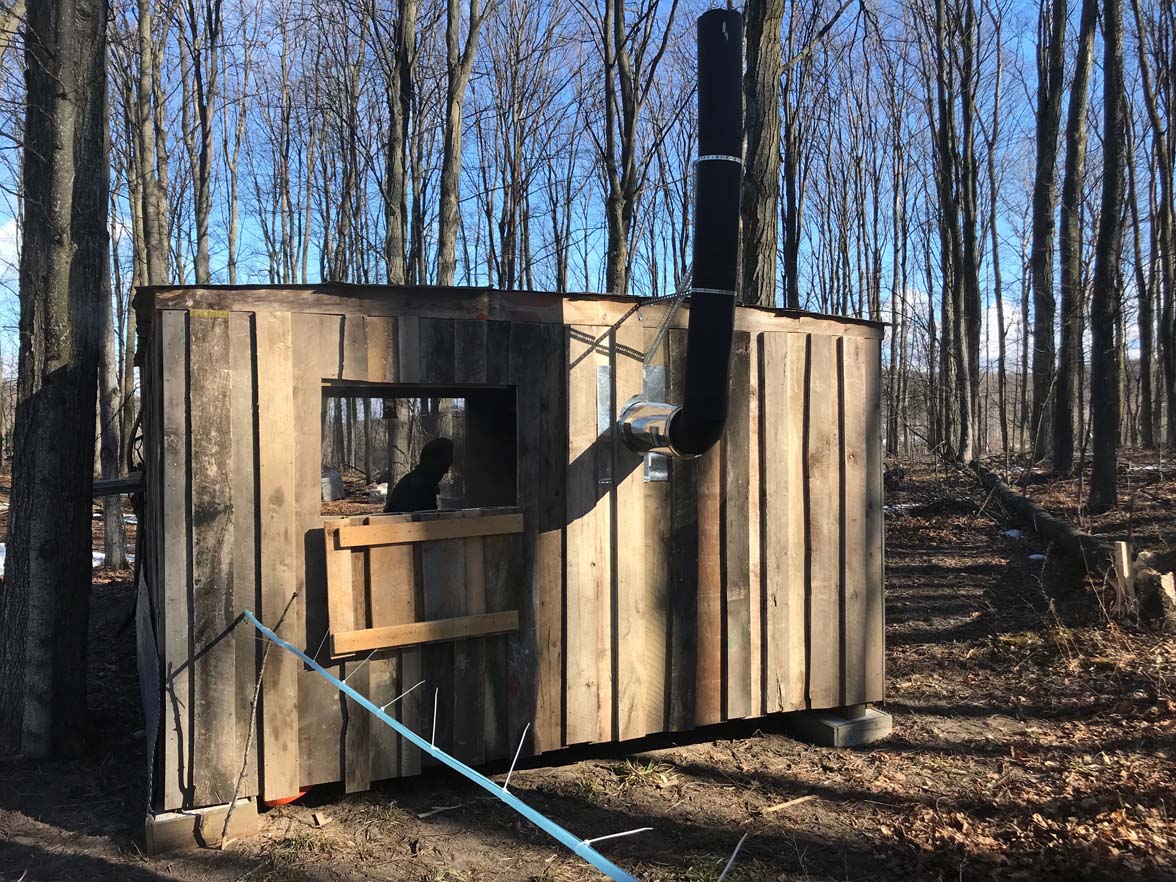 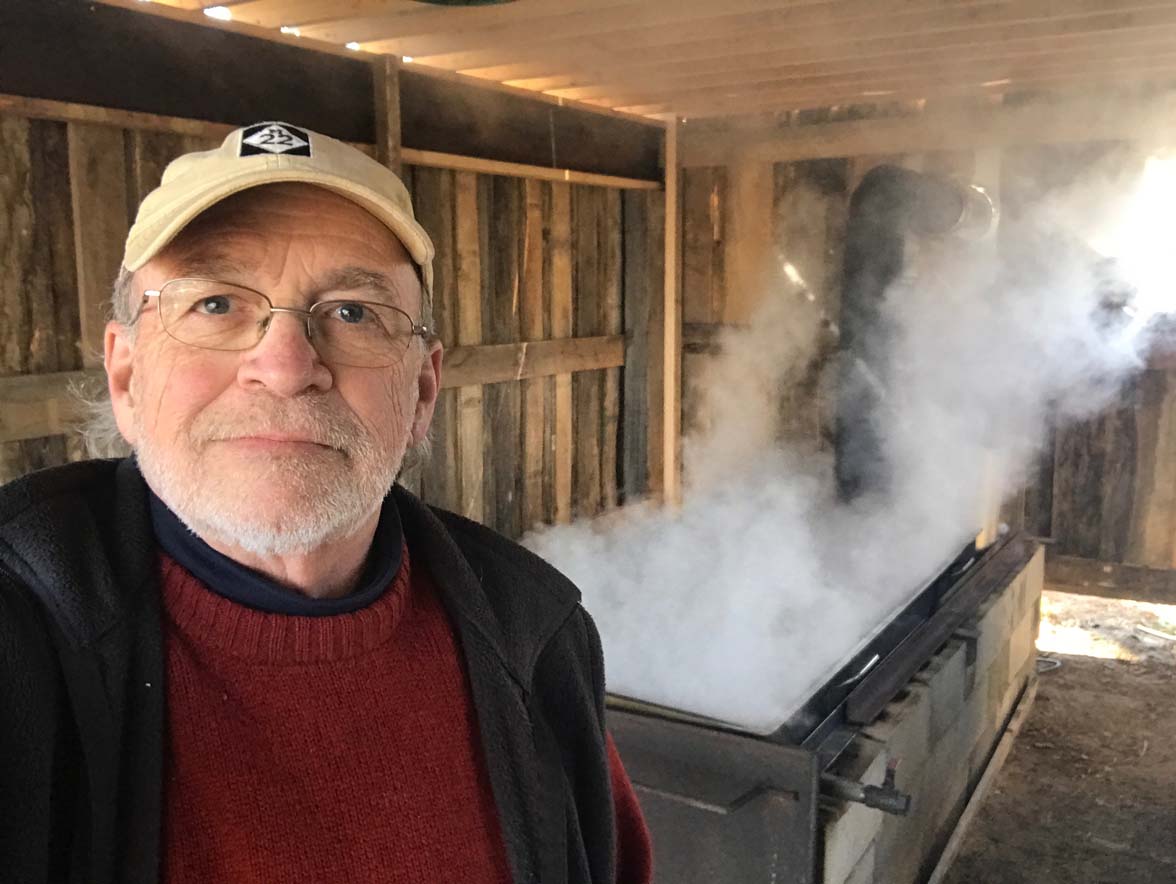 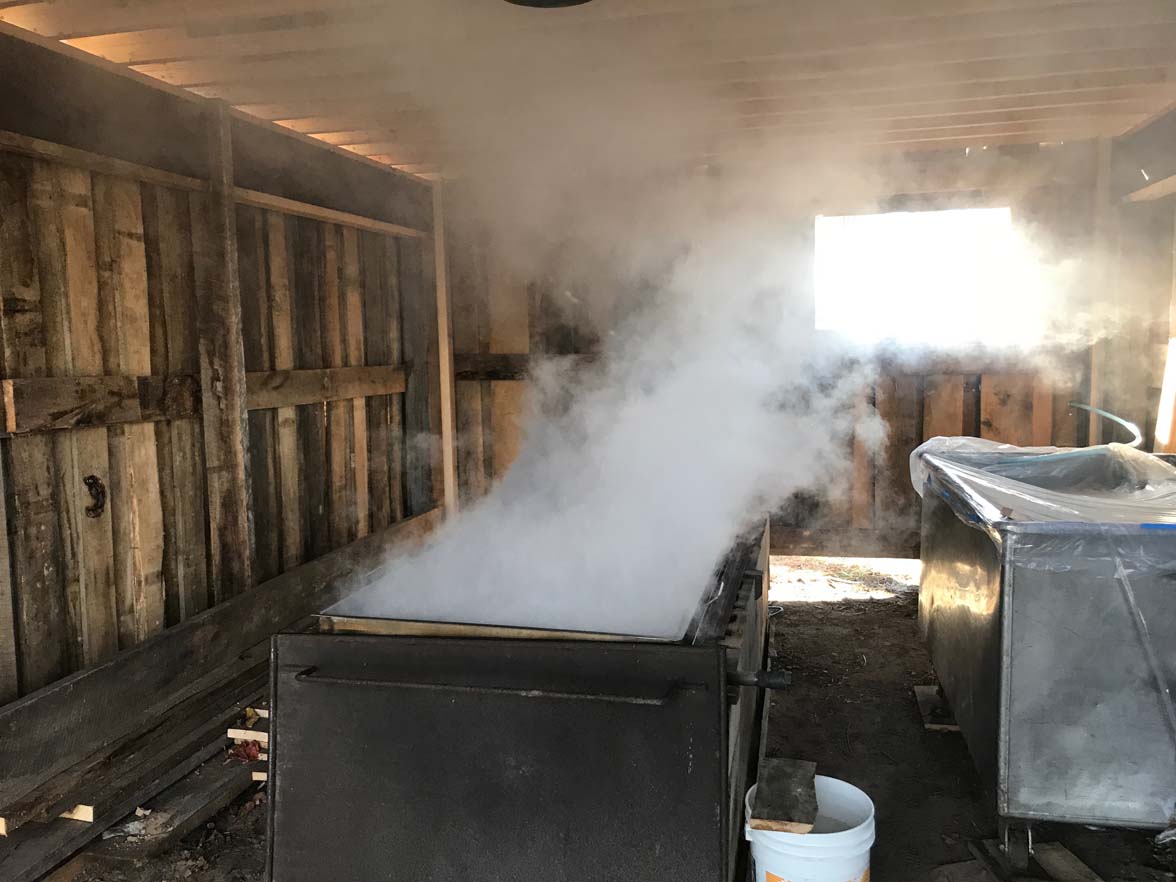 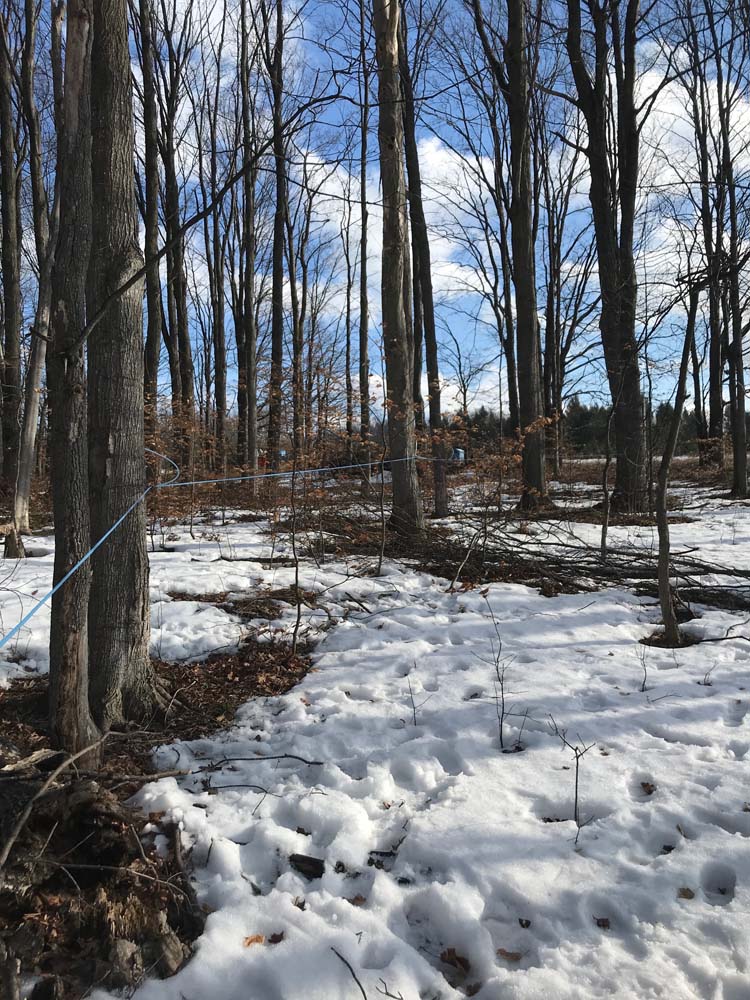 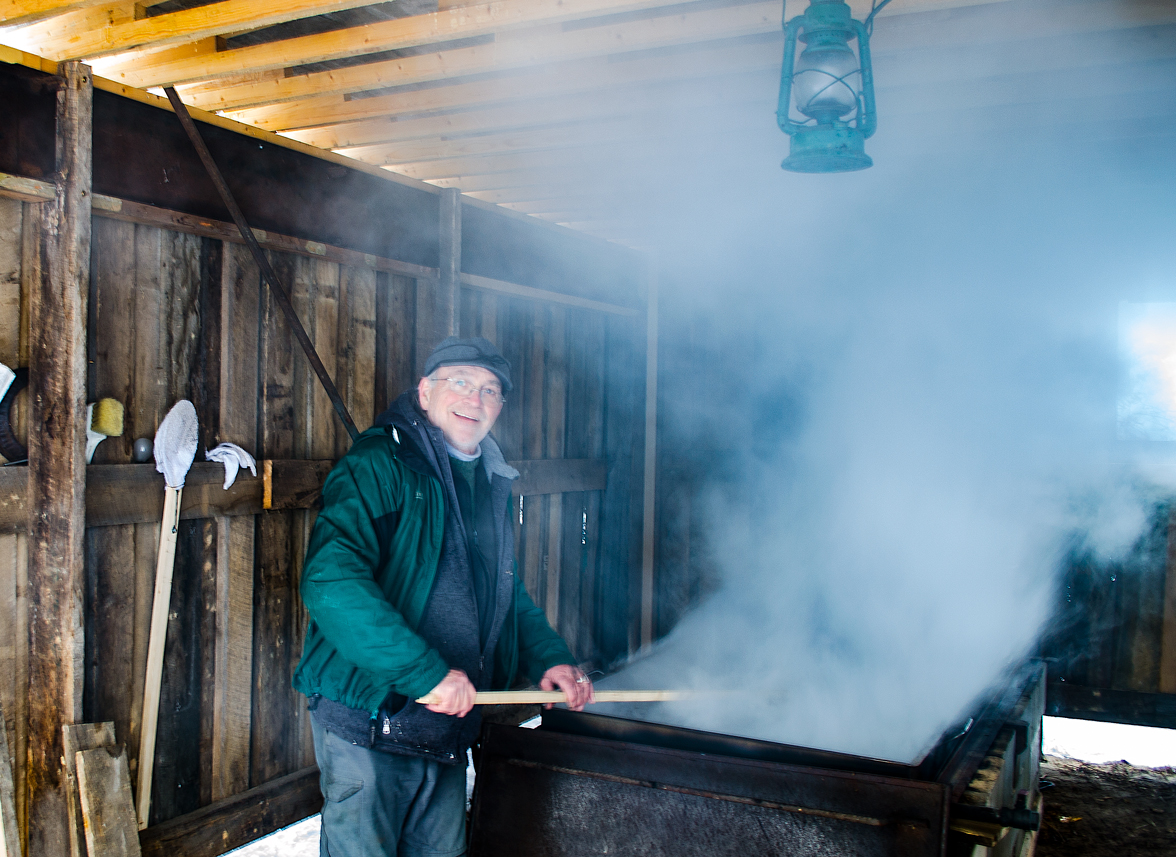 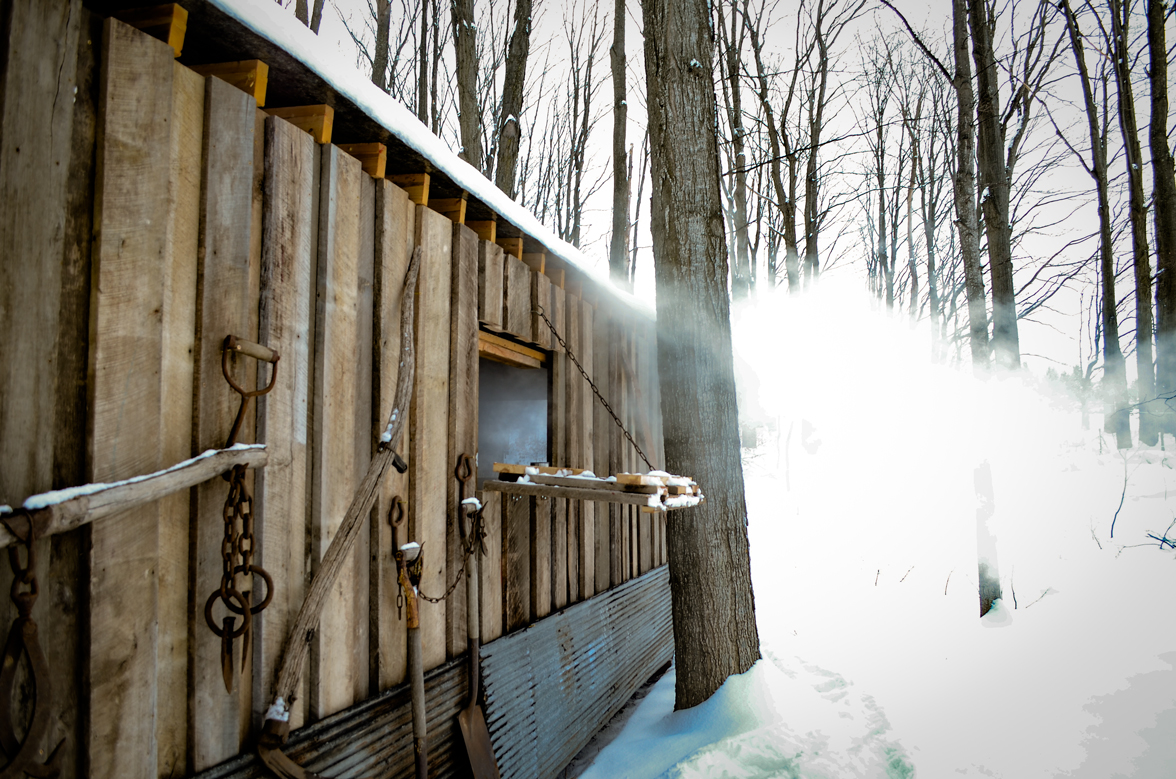 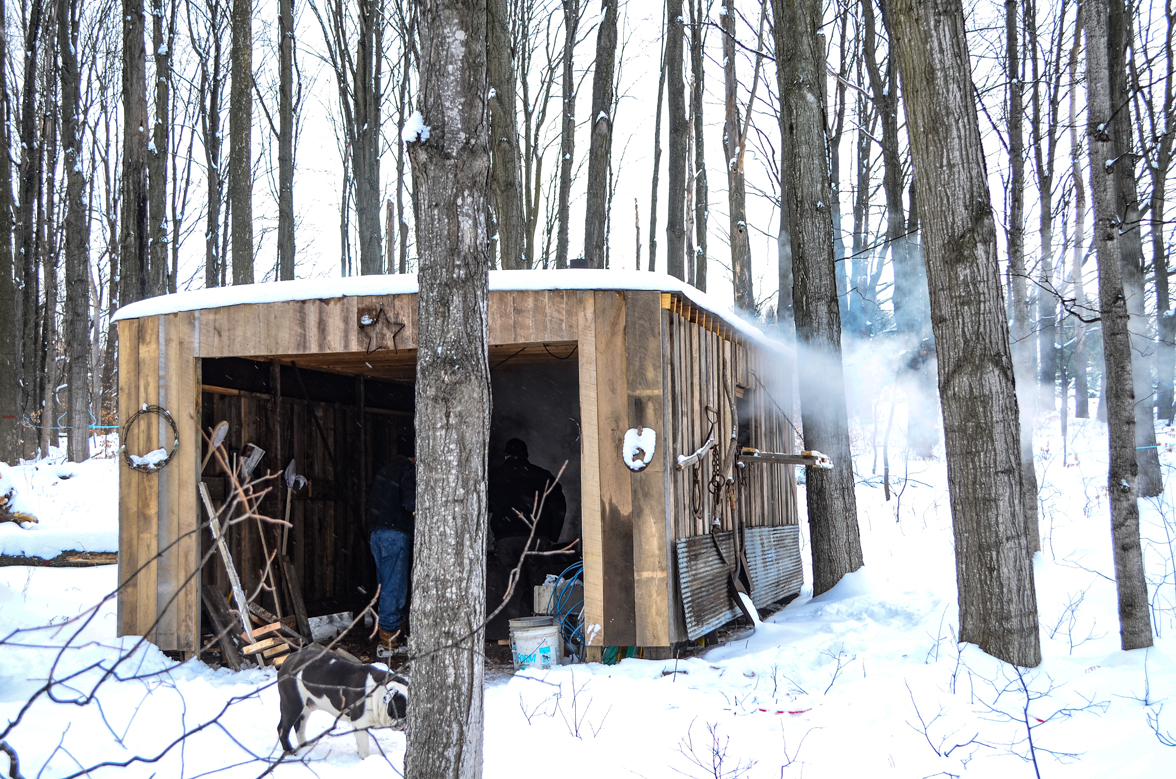 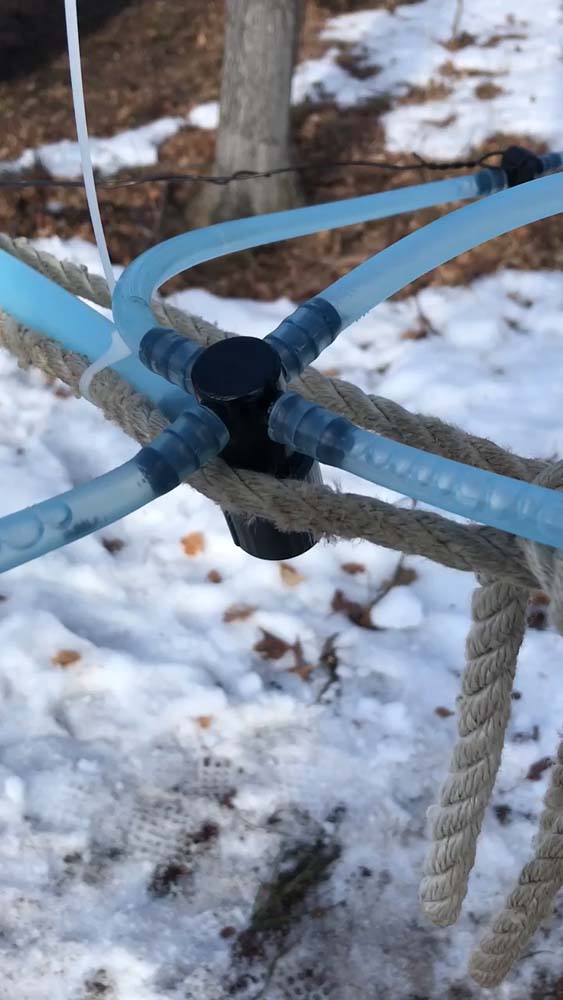 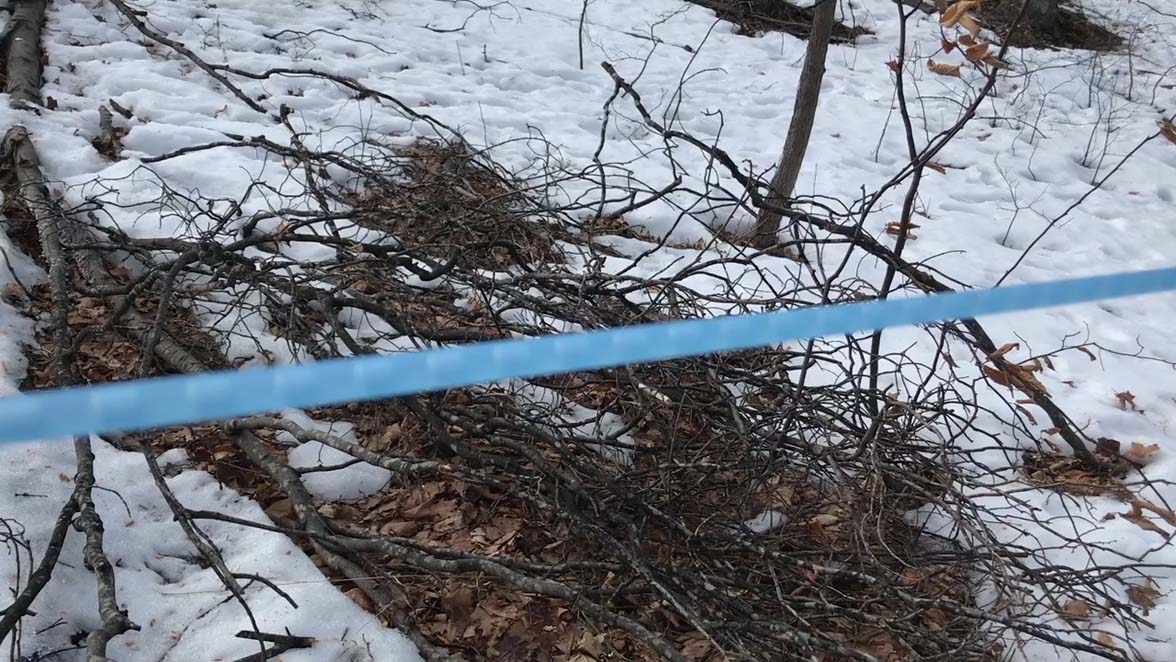 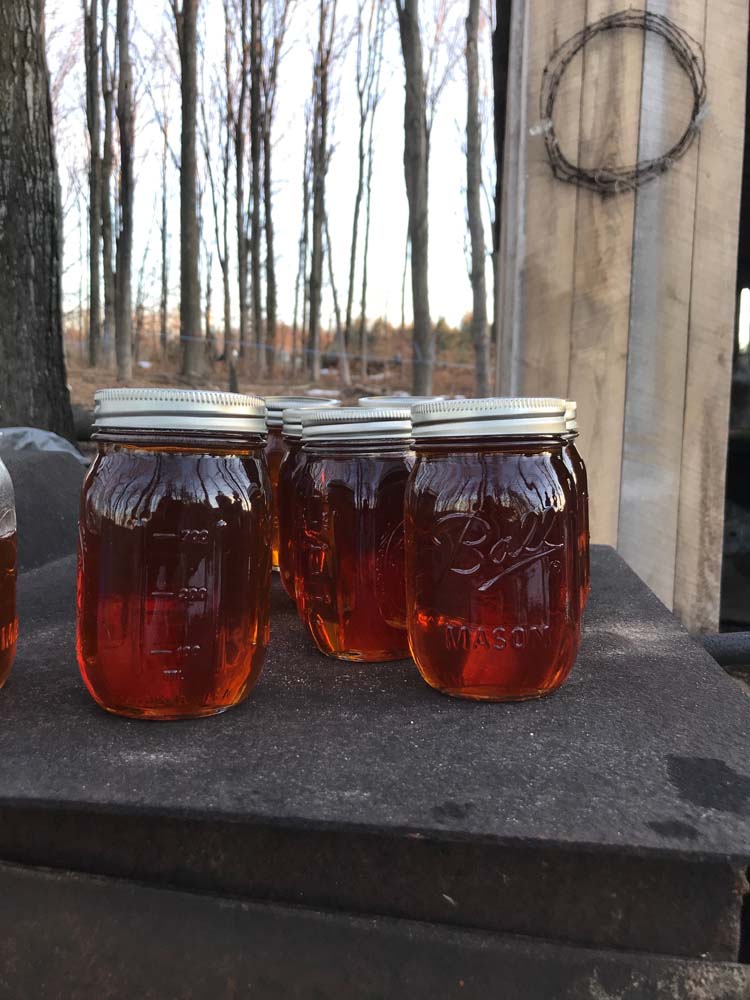 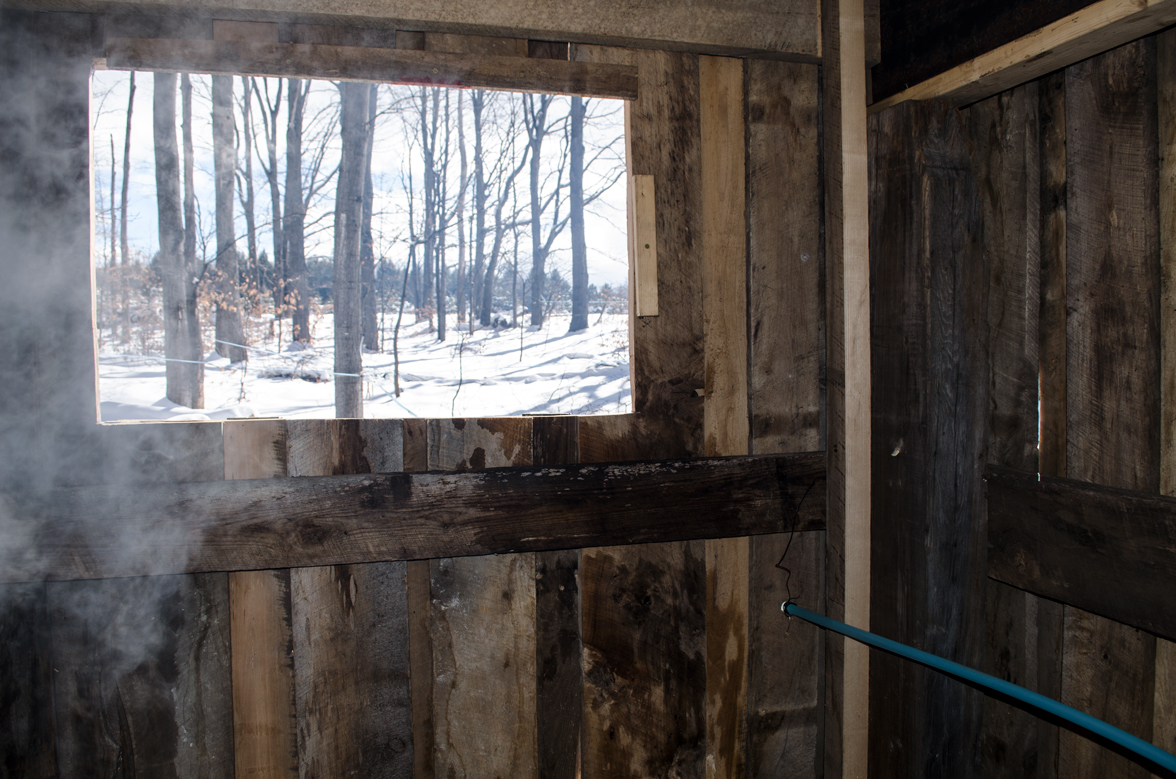 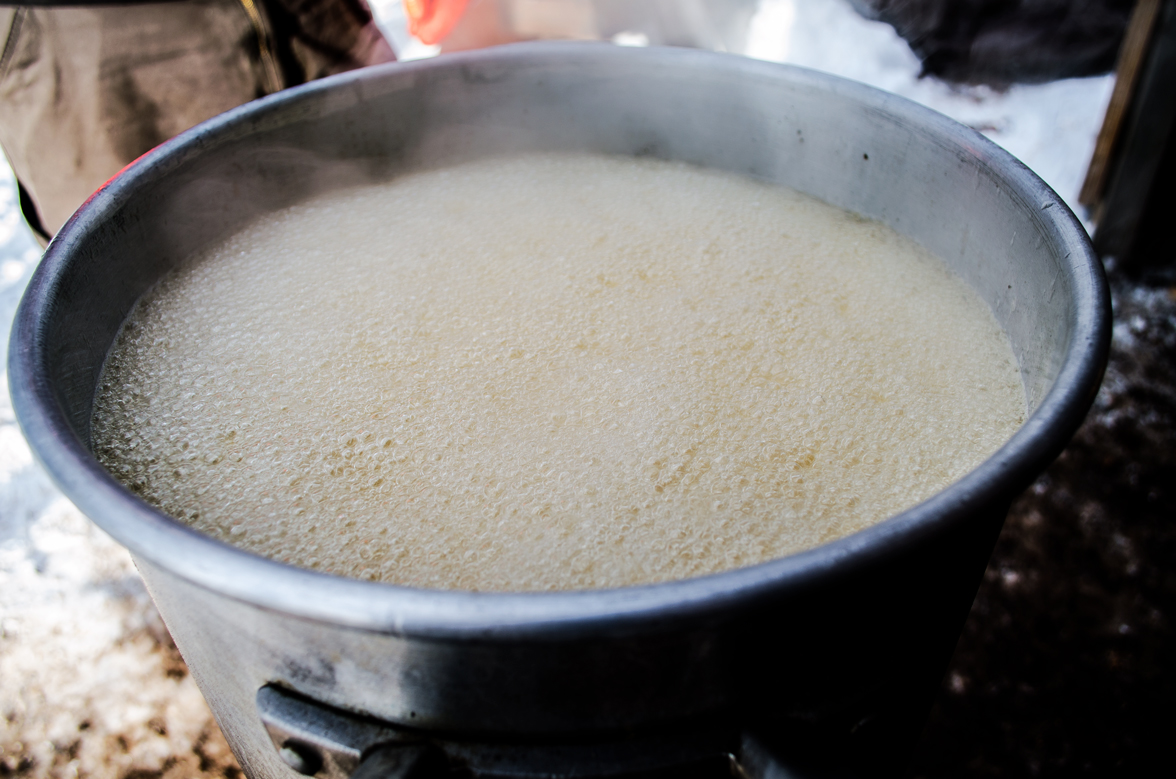