The Florida Keys are a series of small islands and “cays” stretching from just south of Miami all the way to Key West, bordered only by the ocean to the south and Florida Bay to the north.

In 1905, Henry Flagler, one of the three owners of Standard Oil (the biggest company in the world at the time) began building an “extension” of his railroad from Homestead to Key West which would span the breadth of the Keys, take more than ten years and $50 million dollars of Falgler’s money to complete and required 29 bridges and trestles be built in and over the water. With as many as 4000 men at work at any given time and at all points in the Keys, this project, given the means and methods of the time is unimaginable even today.

Flagler’s project was 2nd to only the construction of the Panama Canal at the time, completely engineered by his own team, based in Homestead, FL. During the course of the project, Flagler’s company built, bought and owned steamships to carry a special concrete from Germany, built docks and distribution stations that reached miles into the sea, and from the beginning, built its own tools and machinery to complete the task. And the task was monumental.

Driving from island to island on Highway 1 today seems as natural as driving down any interstate, as if it’s always been there. But it hasn’t. In Flagler’s day there were no bridges or land configurations that offered high ground in the swamplands or joined the various islands one to another, and even more challenging, there was no “fill” to work with. The “land” you see there today was dredged from the ocean bottom by huge machines the company designed and built to dig on each side of the train’s proposed route, then deposited in the middle until the railroad bed rose out of the water to form berms and banks of incredible proportions.

*** There are a good number of great books on the subject, with original photographs of the machinery, the project and the people who built it – all of which can be found in the Monroe County Libraries and at various tourist attractions like the small train-car museum at Pigeon Key. 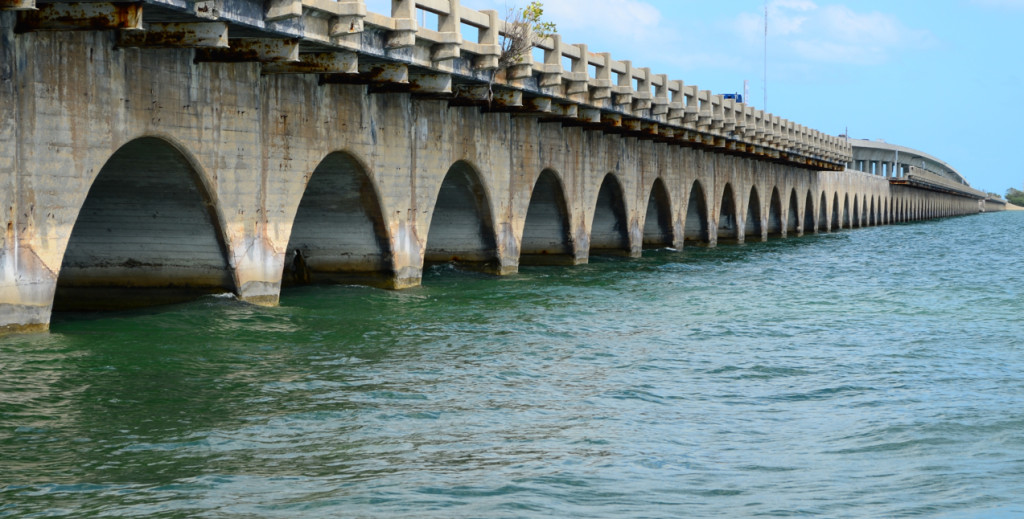 The “Key West Extension” saw the first train arrive in Key West at the start of February 1912 but wasn’t completed until several years later. Since Flagler was nearly 90 years old and near the end of his life every effort was made to provide him with at least one ride on the railway before his death.

The railroad and constructions it depended on were so seriously damaged in the hurricane of 1935 that the Extension was abandoned. The right of ways Flagler owned were given over to the Highway Department, which set about to build a two-lane highway on top of the old railroad grade and bridges. You can still see the success of that effort as you drive toward Key West today.

The “Overseas Highway” is modern and efficient after continuous upgrades and improvements since those early days, but there are still some structures from the original Extension standing alongside the new highway, Highway 1. 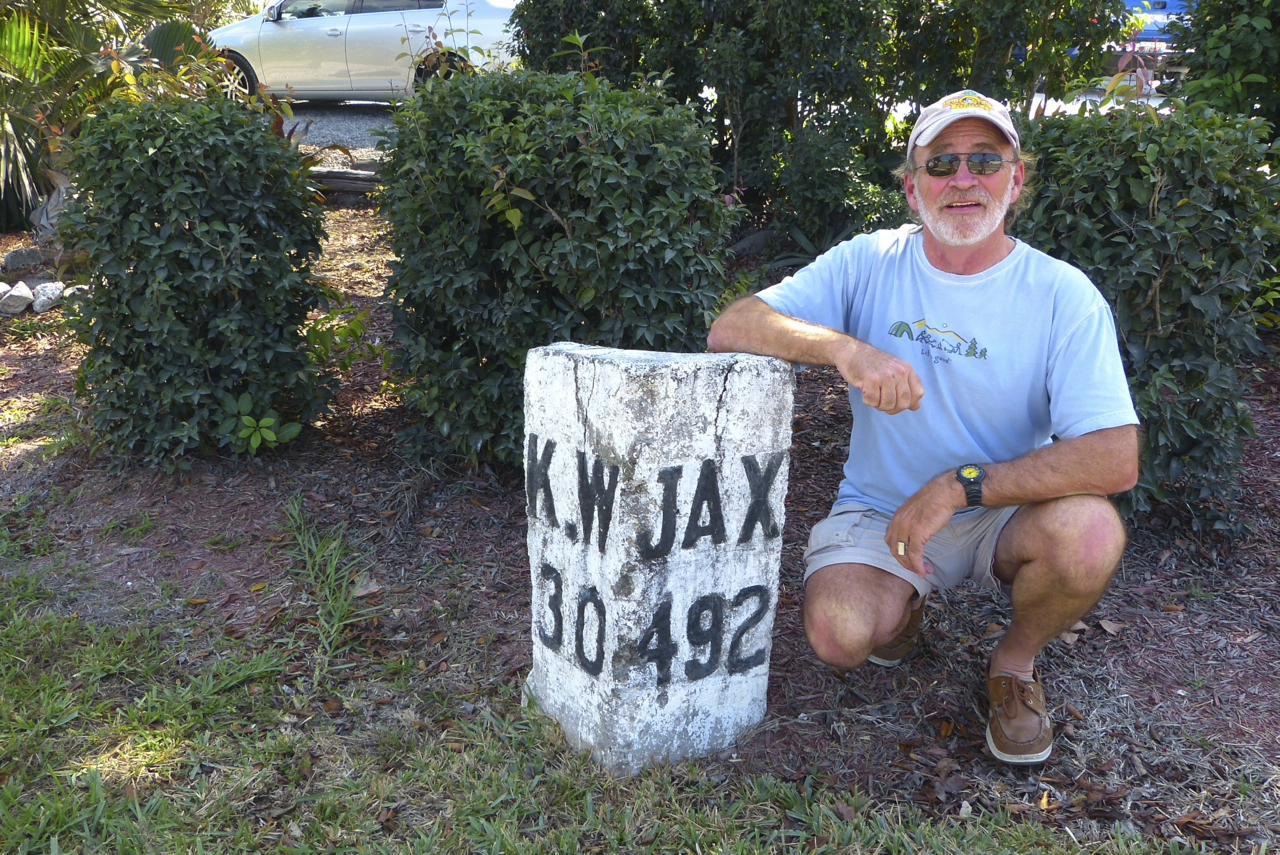 One Of The Three Still-Existing Concrete Mile Marker Posts
Although you’ll see the skeletons of bridges and wall-works all along the highway today, for as big as it was, there isn’t much left of the original railroad construction. This concrete mile post is the last remaining marker toward the end of the Extension route. Located on the south side Highway 1 at mile marker 30 on Big Pine Key, it’s easily missed or just seen as part of the Keys landscape.

The east side of the marker shows 30 miles left west to Key West, and on the west side told train passengers they were 492 miles from Jacksonville. 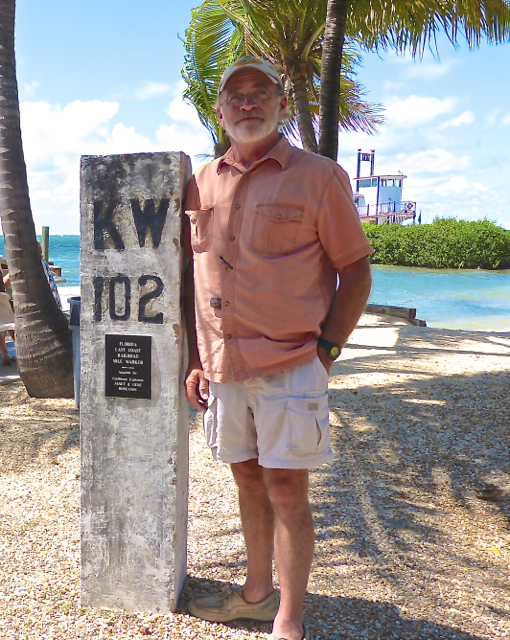 There is another marker post in the Key Largo area, but it’s been moved from its original position and is now used as a tourist attraction on the beach side of a local bar. (The Caribbean Club).
*** I’ve been researching the history of the Key West Extension and subsequently, the history of the Keys since the end of last year.

The Keys on a Weekday

The Wall That Heals