The country’s been wringing its hands and turning itself inside out for the past few months and I have to admit that it’s gotten to me from time to time. There’s a lot going on that I don’t approve of….enough that I’ve been questioning myself for not speaking up, for not doing anything about it.

So today, the day after refusing to watch what all reports have said was the most alarming presidential inauguration in my lifetime, the word was out that women were marching on Washington and all around the country, including right here in Naples.

Something got me off my ass and up on my bike, I wanted to see it. Twenty minutes later I was downtown and for an hour or two I got to see history making itself. There were people everywhere. 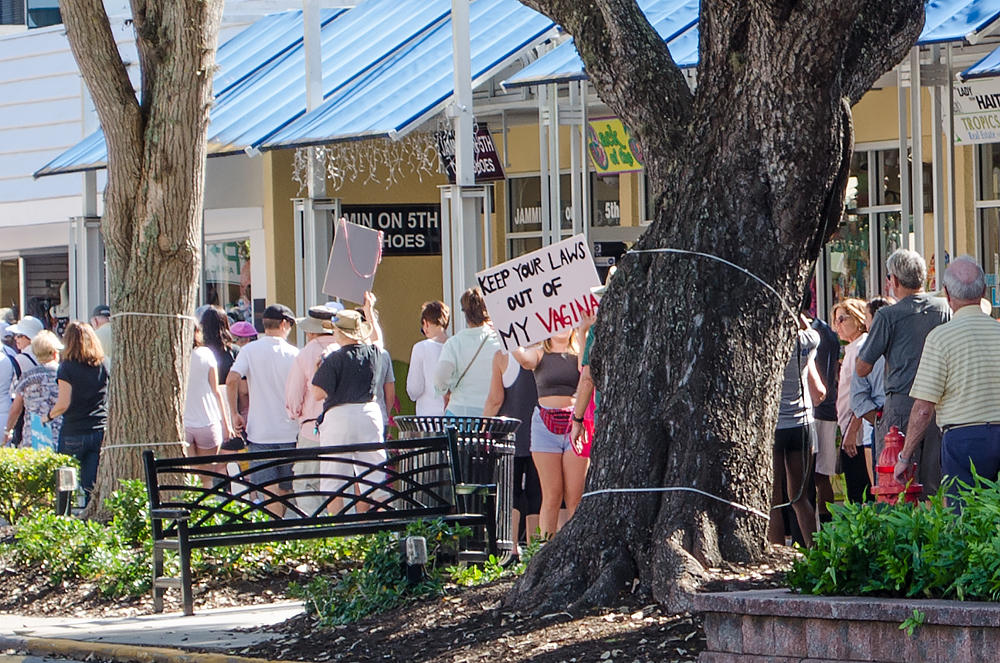 What struck me first was how safe and friendly the mood was. These were real people, all kinds, ages and colors and they made this Saturday morning about standing up for what they want and believe. It was impressive from the very beginning.

I’ve always admired people that DO. Today had a good lesson in it. 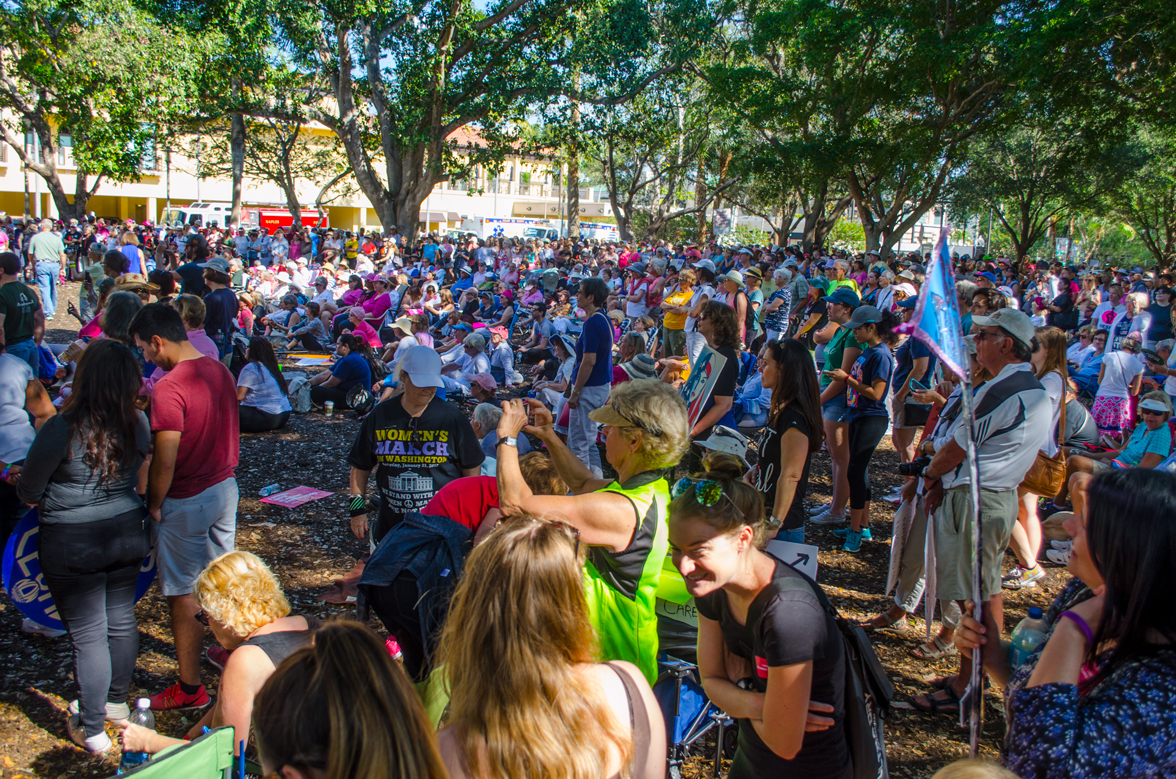